When the Dover delivery crew were with me, we ate very well. We had dinner out two evenings and Neil and/or Bill cooked dinner on all the other days. For the first meal on board, Neil cooked steak stew. 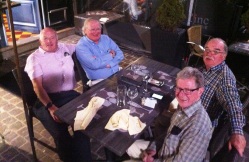 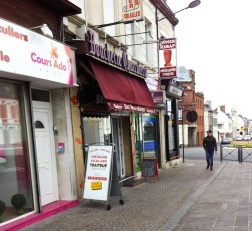 They decided that as the dinner was almost made and not to waste the meal, they would go ahead and eat it but would not to tell Michael ! As I don’t eat meat I did not get involved in the debate. Dinner was served and everybody tucked in. Michael said it was a great stew. I could see Bill and Neil looking at each other… then half way through the meal they told him.

This entry was posted in On the Journey. Bookmark the permalink.